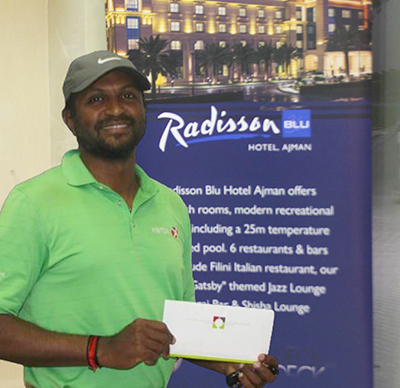 Sharjah Golf and Shooting Clubs Ramadan midweek open returned and once again SGSC were delighted to have Radisson Blu Ajman on board putting up some fantastic prizes for the competitors. An impressive of forty-one golfers descended to battle it out for these prizes. A 16:30 shotgun got us underway and when competitors completed nine an Iftar buffet was provided before commencing their back nine at 19:30.

As always, the event was played in great spirit and the players all thoroughly enjoyed the event concept. For more information on Sharjah Golf & Shooting Clubs golf events and services visit www.golfandshootingshj.com, call 06 5487777, email info@golfandshootingshj.com or WhatsApp golf reservations directly on 056 2283649