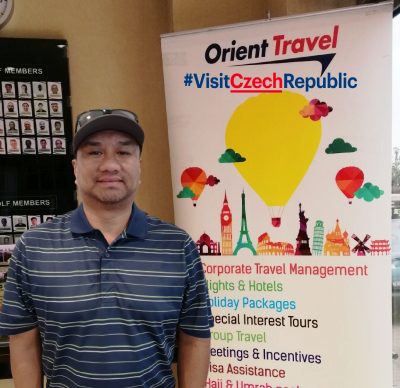 SGSC members are even more excited for the Orient Travel monthly medal since Czech Tourism came on board as supporter. Players now have their eyes firmly set on the prizes on offer. Januarys edition the first on 2022 took place on the 8th of January and the scoring was low. Topping the leaderboard at the end of the days play was Le Jan Leyble with a sizzling six under par sixty six. Le Jans round included four net birdies and a staggering thre net eagles to take home top spot and the great prizes that are put up by Orient Travel and Czech Tourism.  Arnel Valencia will feel hard done by as his round of four under par sixty eight would usually certainly be enough to win on any other day. Third place was Ahmad Jaffar who had a very steady round of golf posting a seventy four to claim third. Ramli Sulaiman posted a score of eighty which saw him top the gross division and take home the prize on offer.

The Order of Merit will run alongside the Orient Travel – Czech monthly medals, it is set up to be an exciting year with lots of SGSCs big names getting off to a fast start. We are excited to see how it unravels.