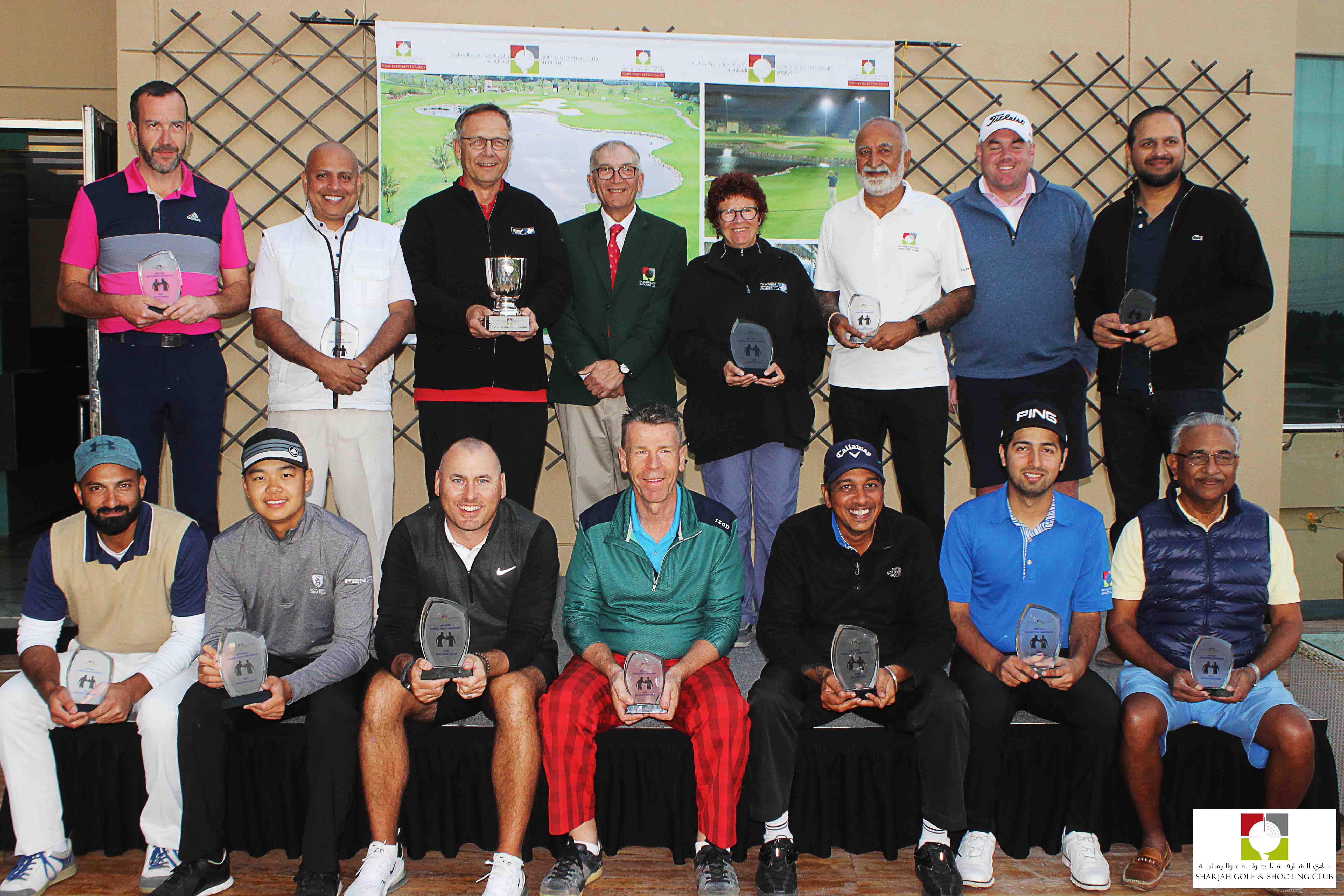 Husband and Wife partnership of Hans and Mara Ettengruber came out on top after thirty six holes that combined four different formats. Hans the current SGSC Vice Captain and his wife Mara came out the blocks fast and were leading fairly early on in the first round and managed to not only hold onto their lead but extend it as the day progressed. An impressive six under Par total from the duo was enough to win the event by a healthy five shots and be crowned this year’s ultimate pair. After a very impressive morning in round one’s Texas Scramble and Greensomes formats they say themselves enjoying lunch with a two shot lead over what was a very strong field. Sitting in second place two shots back was the partnership of Haneef Rabbani and Farhan Yaqub who were nicely placed going into the afternoon round.

The second round was more of the same from Hans and Mara as they saw their lead grow with some very impressive golf. Scores of thirty eight in the Betterball format and thirty five in the foursomes saw them add to their round of thirty three and thirty two in the morning for a total of one hundred and thirty eight which no one in the field could match. The pair were delighted to go home with the trophies after what was a great days golf.

Second place went too Stuart Cassidy and Jaydeep Sarkar after a second round total of five under par saw them leapfrog many of the field to claim runners up spot. SGSC regulars Mohan GC and Ali Tiwana took home the spoils for third place and if it wasn’t for two back to back triple bogeys it may have been a lot better for the pair. Other Prize winners on the day included Ben Mulvaney & Xu Zi Ang winning best gross on a total of one hundred and forty six. Matthias Trinler and Fahd Chaudhry took home best Texas Scramble score with an excellent three under par. Best Greensome prize was collected by Hanief Rabbani & Farhan Yakub posting a score of thirty four. Blowing the field away in the Betterball format was Bob Kirby and Neil Wijeratne who had a blistering six under par score of thirty. The final prize up for grabs was for the tricky Foursomes format Raymi Van Der Spek and Raj Ranavaya dove tailed perfectly to post an impressive thirty seven.

Great day was had by all in this ever popular event, the challenge of the four different formats adds some extra spice to the day.