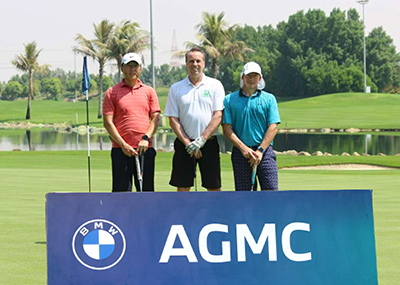 Saturday the 24th of September the BMW Open Social returned, always a popular event on the calendar due to the prizes put up by AGMC and the fun formats. Competitors faced formats of Shambles on the front nine and Texas Scramble for the back nine on what was a competitive day of golf on an immaculate golf course.

Taking home the top prize put up by AGMC BMW was the duo of Lee Atkinson and Robert Darrah who played sublime golf on the day. A round of six under par sixty six was enough for the pair to claim Septembers edition of the BMW Open Social. Lee and Robert were very consistent throughout the round posting a score of three under on each nine in both formats. The pair were delighted to take home the title.

Other winners on the day were the pair Peter Gannon and Benjamin Lee who claimed best front nine in the shambles format with a very impressive two under par thirty four. It was then the husband and wife duo of Gurbax Singh and Satnam Kaur who had a blistering back nine of six under par thirty in the Texas scramble format to take home the spoils