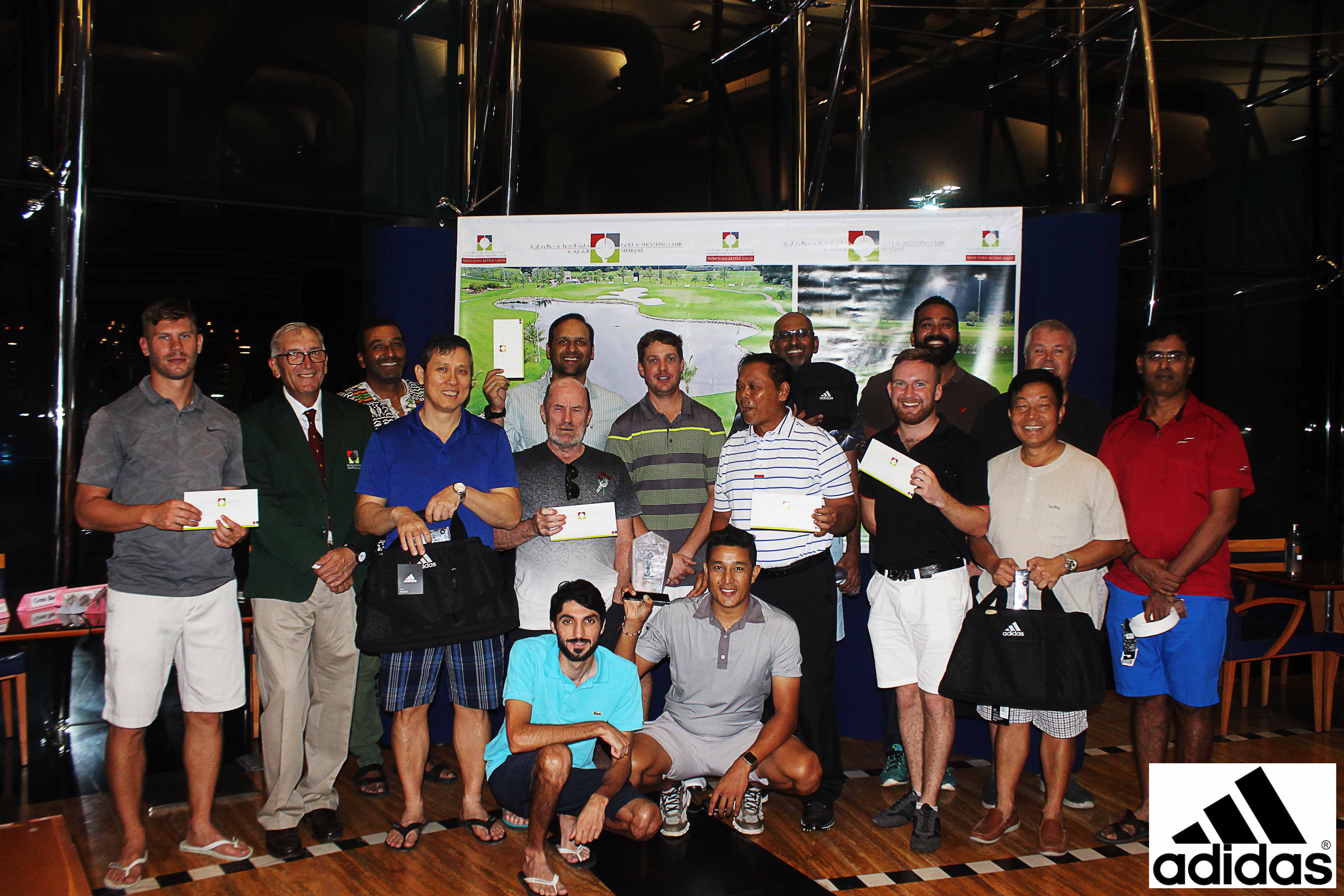 A strong field of forty seven golfers competed on Saturday 24th of August to be this years SGSC Gross Summer Open Champion. The event supported by Adidas had a staggering twenty prizes up for grabs so was all to play for on a lovely day for golf. Golf Professional Bishnu Sharma topped the competitive leaderboard at the end of the days play with a very impressive three under par total of thirty nine stableford points. Bishnus round included five birdies and just two dropped shots and was enough to take home the title and the professionals prize. In the amateur division is was multiple SGSC major winner Nathan Fishers level par score of thirty six points that topped the pile. Closely followed by Ramli Sulaiman who was just two points adrift on thirty four but was enough for second place. Third place went to Gavin Sutherland on a score of thirty two points.

In the Net Division EGF member Hanief Rabbani took home the spoils, Hanief posted a score of thirty seven points which included a very timely net eagle that proved pivotal as he won by just one shot over SGSC member Fatih Bozkurt who had to settle for second place. In third place was Shaheen Butt who has been playing very steady golf of late and continued this form with a score of thirty five.

There was fourteen more prizes up for grabs on the day and the competitors all enjoyed staking their claim to take one home. The event was played in great spirit throughout with a field from all across the UAE.