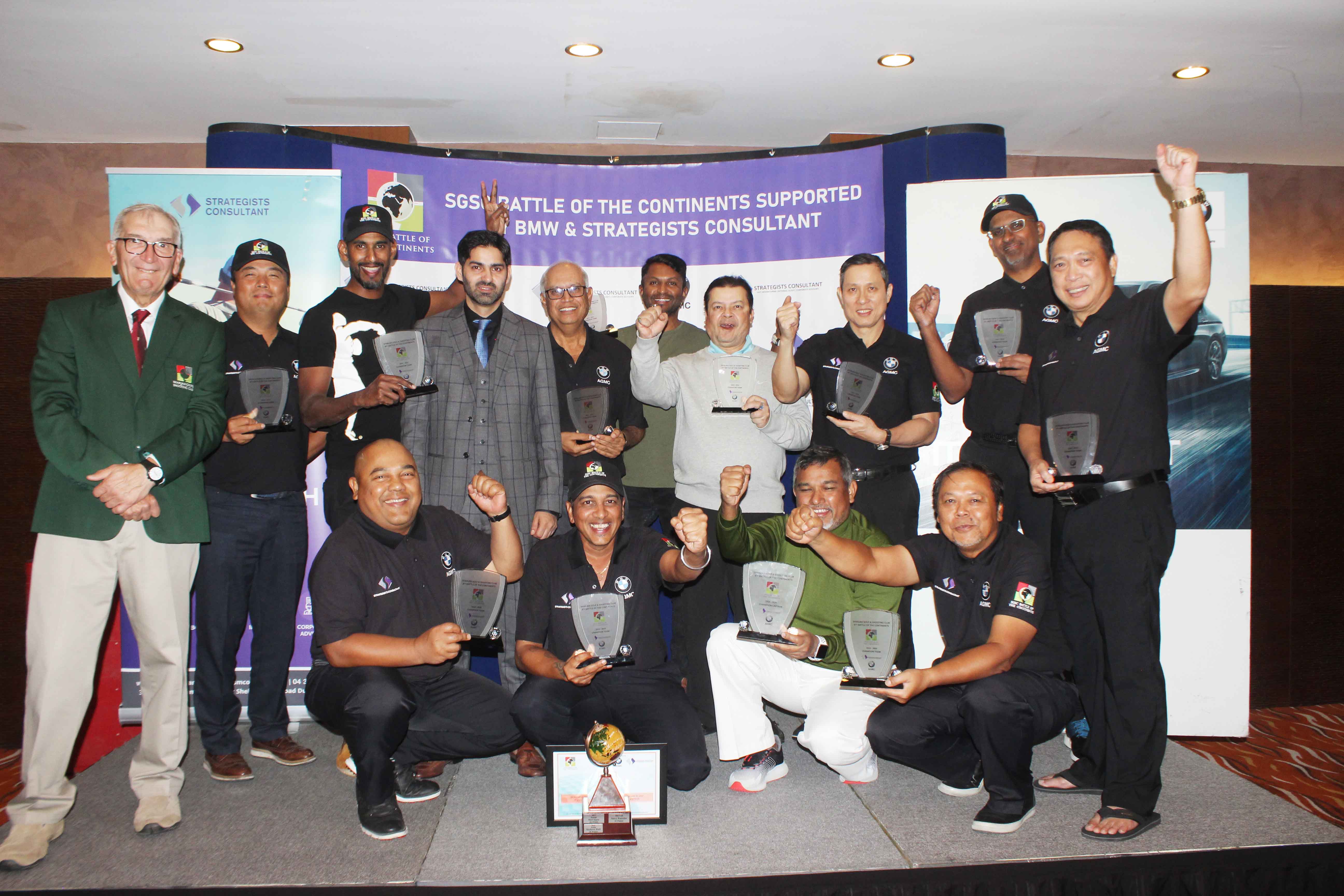 Sharjah Golf and Shooting Club hosted the final of one of its most eagerly anticipated events of the season the Battle of The continents on Saturday 18th of January. The continents of Asia, Africa & Middle East, America & Australasia and Europe all battled it out to be the 8th Battle of the continents champions. Each team was made up of twelve players and their captain, the players earned their spots through the qualifying rounds during the season. There was ten points to play for in each of the thirteen matches with the best stableford score from the four ball receiving four points towards their continents total, 2nd – three points, 3rd – two points and 4th one point.  It was the team of Asia that got off to a quick start and opened up quite a substantial lead after the first nine of the net matches. The Captains match and four gross matches followed on from the net matches and the continents of Europe and Africa and Middle East were struggling to catch up on Asias lead.

In the captains match it was Ben Mulvaney captain of Europe who had an excellent round of golf and came out on top of the highly competitive captain’s match winning four points for team Europe. Mohan GC Captain of Asia was second while Captain of Africa and Middle East Mouhammad was third whilst America and Australasia Captain Raymi Vanderspek was fourth in the group.

Africa and Middle East came out on top in the gross matches winning eleven points out of a possible twelve but could not do enough to catch Asia whose early lead proved too difficult to overturn. Asia won the event with a total of forty six points, followed by Europe on thirty five points, Africa and Middle East on twenty seven points claimed third place and finally America and Australasia finished fourth on seven points.

As always the event was played in great spirit and comradery and there was a real competitive feel during the day. Congratulations to Team Asia who produced some fantastic golf on a golf course that is in fantastic condition.