Sunny Ramadas comes out on top at 1st Round Qualifying 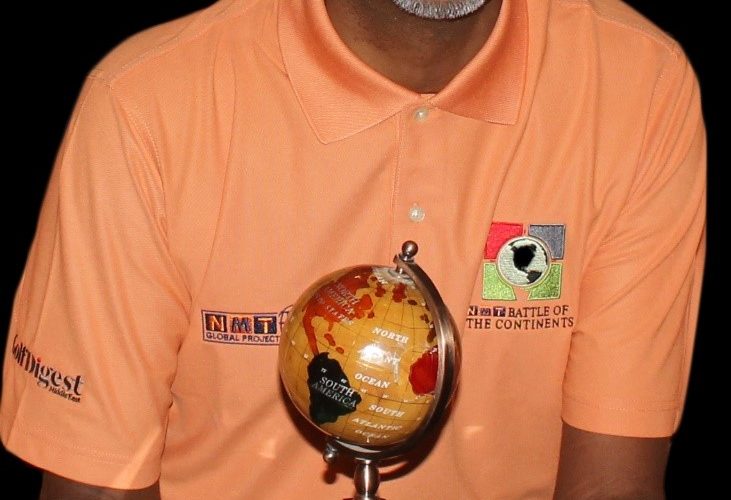 Battle of The Continents Qualifying Round 1

Saturday the 19th of October saw the return of the popular highly competitive SGSC Battle of the Continents supported by Strategists Consultant and BMW. With over thirty competitors all trying to book their place in the Grand Final on Saturday the 18th of January the first round was a great days golf and some of the scores proved this. First round qualifying Sunny Ramadas all but cemented his place in team Asia by posting an impressive thirty three points which was enough to win the qualifying on the day. Sunny put together a very solid eighteen holes of golf, the round was boosted by picking up five birdies including a two on the third hole. The low handicapper won via virtue of a countback collecting first prize and a healthy pro shop voucher. Sunny held of stiff competition from Ali Mansour representing Africa and the middle east who matched Sunnys score of thirty three points but just lost out on countback and had to settle for second place. Thirty three proved a popular number on the day as Asia’s Ravi AE also posted this to finish in third place. Gross Prize was won by Namir Al Naimi with a gross score of thirty two Stableford points.

Some good scores in the first qualifying round with some big names at SGSC making a solid effort to attempt to win a spot for their respective continent, the next qualifier will be on Saturday 16th of November.